EXCLUSIVE: Candidate Trolls Biden With Cannon In Epic 2A Ad 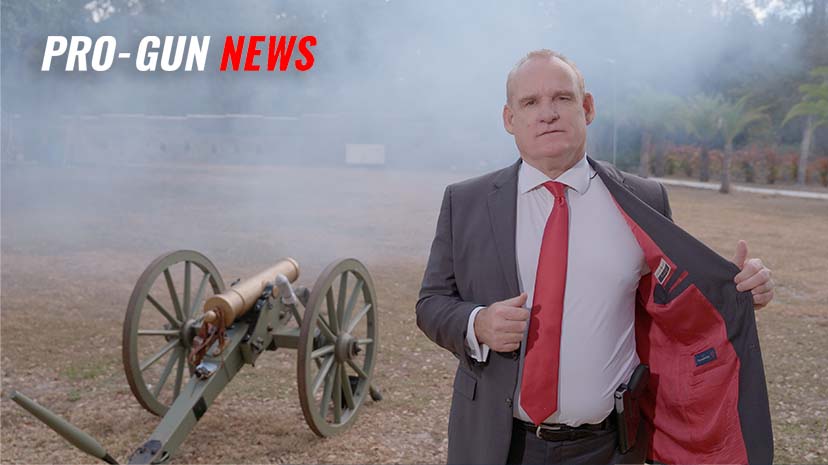 After Dementia Joe made a point of falsely claiming that "nothing in the Constitution is absolute" and that the "2nd Amendment" does not provide you the right to own a cannon, Florida congressional candidate Martin Hyde has apparently not gotten the message from the Gun-Grabber-In-Chief. Hyde is a former UK professional soccer player who has lived in Sarasota, Florida for the past 20 years as a successful small business owner.

Hyde, who went viral last Christmas for standing up to the homeowner's association in his Southwest Florida neighborhood who had demanded he remove his "Let's Go Brandon" decorations, is taking on Congressman Vern Buchannan in the 2022 midterm elections. Buchannan has been labeled as "the most corrupt congressman" in DC and is known for his anti-2A votes among Florida gun rights advocates.
In the ad, Hyde is seen shouting "fire" before a M1841 6-pounder lets loose. Importantly, Hyde states that he will always fight to protect the 2nd Amendment rights of all Americans if elected, from a cannon to a handgun.
“Joe Biden has never respected our constitution or the founding principles that make this nation so great. As President, he’s simply a mentally unwell marionette being controlled by Marxists who want to destroy America. As a United States Congressman I will never waiver when it comes to protecting our constitutional rights. Defeating establishment hacks like the gun hating and cravenly corrupt Vern Buchanan is just the beginning in our efforts to restore America’s greatness," Hyde told Pro-Gun News.
Hyde has received the support from top political figures, including Roger Stone, who exposed Hyde's opponent as the "single most corrupt member of Congress" in a bombshell piece in The Gateway Pundit.
Those looking to support Hyde's campaign can do so by clicking here.