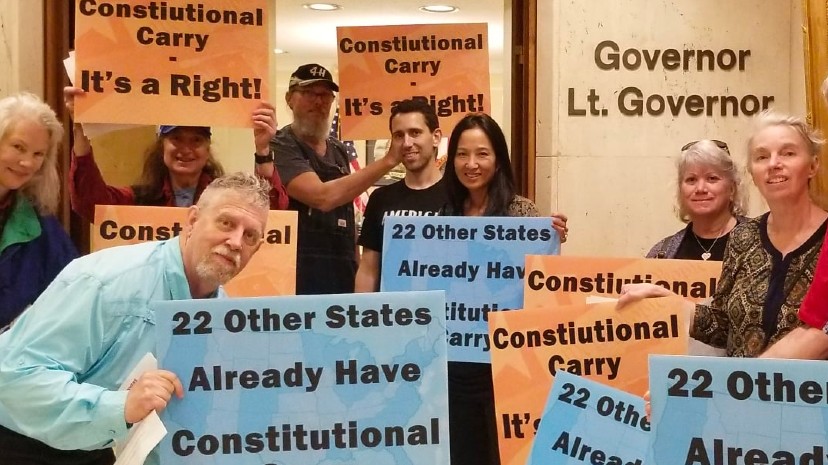 Second Amendment supporters in Florida have been screaming for Constitutional Carry for years.

But the political establishment has given them the cold shoulder from time to time – with Governor Ron DeSantis largely being among them.

While DeSantis did tell Florida Gun Rights’ Communications Director Matt Collins that he supports the bill, he has taken no concrete steps towards its passage.

Pro-Gun News’ own Jose Nino previously wrote about Florida Republicans being to blame for Constitutional Carry’s failure to pass previously in an article that gives great background on the issue.

But as it turns out, things may not be finished yet.

As Governor DeSantis has announced a special session that will convene later this month, in which he states Constitutional Carry will likely be passed into law.

“Gov. Ron DeSantis said Friday he expects to approve changing Florida gun laws to allow what is known as “constitutional carry,” though it is not clear when that could happen.

DeSantis didn’t say whether he would add the issue to a special legislative session that will start May 23 on property insurance. But he said he intends to eventually sign such gun legislation.

“The one thing that I wanted the Legislature to do, and I think we will do it, I can’t tell you exactly when, but I’m pretty confident that I will be able to sign constitutional carry into law in the state of Florida,” DeSantis said while at an infrastructure-funding event in Williston.

Under current law, people who want to carry guns must get concealed weapons permits from the state. Constitutional carry would allow people to carry guns without the permits.

“The Legislature will get it done. I can’t tell you if it will be next week, six months, but I can tell you that before I am done as governor we will have a signature on that bill,” DeSantis, who is running for re-election this year, added.”

This is great news for every pro-gun American.