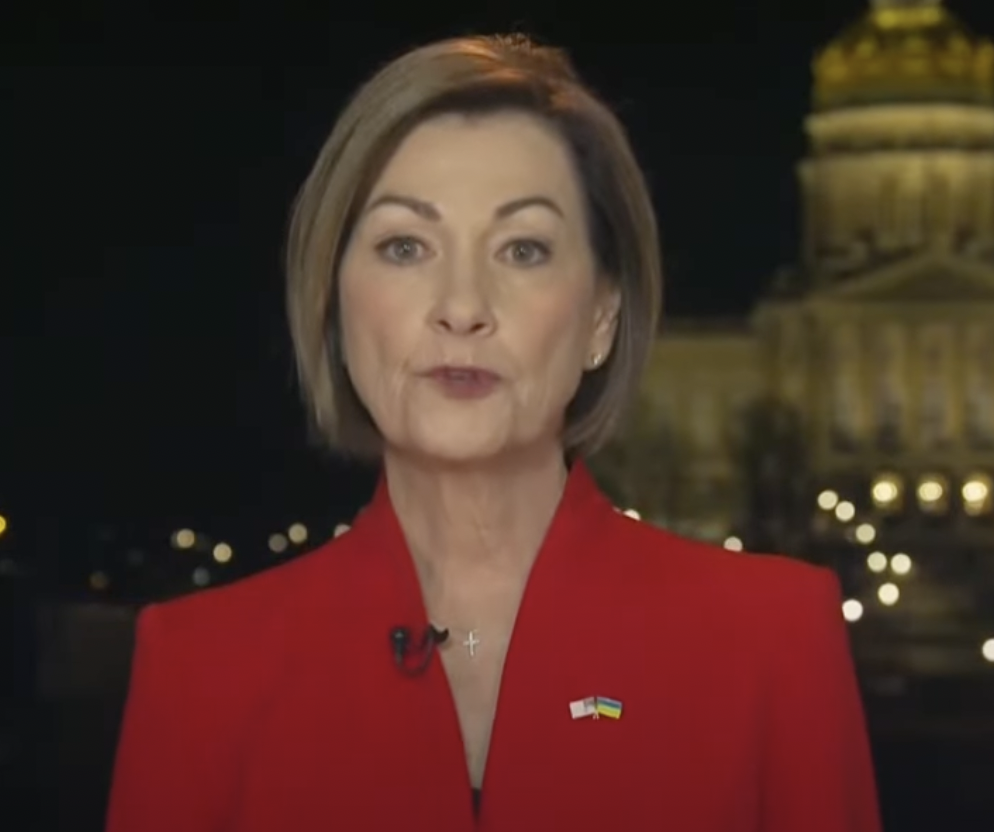 Kim Reynolds by N/A is licensed under YouTube N/A
Strong political leadership is hard to find among statewide office holders these days. Most political leaders govern by polling and don’t take any significant political risk on issues concerning individual liberties.

For example, the average Republican politician will cower in the wake of controversial mass shooting incidents. Some will even go as far as to propose their own versions of gun control.
.
Thankfully, Iowa Governor Kim Reynolds is not one of these cowardly Republican leaders. After a drive-by shooting that claimed the life of a teenager and wounded two others on March 8, 2022 ,Reynolds held her ground amidst calls for Iowa lawmakers to pass gun control.

On March 16, Reynolds firmly declared that gun control is not the answer for preventing tragedies like the one that occured in Des Moines.

“The tragedy is our educational system is letting these kids down. They should have been in school. We should be figuring out resources to help them stay there,” Reynolds proclaimed.

The Iowa governor believes that the primary focus should be trying to keep kids in the classroom and off the streets.

“Let’s figure out how we get these kids in school, get them the education they need and set them up to be successful. Not set them up for jail or a life of crime. And so that’s where we’re going to continue to focus. We have gun laws. We have laws on the books right now for guns, and those weren’t accessed legally,” Reynolds remarked.

There is something to be said about Reynolds’ comments. American public schools are notorious for being incredibly lax on discipline. As a result, many problem individuals start developing habits that later translate into a life of violent crime.

No gun control policy will fix this. Iowa has put itself on the map as a pro-gun state through its passage of Constitutonal Carry in 2021 and several dozen counties passing Second Amendment sanctuary resolutions, Reynolds has proven to be a solid pro-gun governor based on her legislative track record. Her recent statements further confirm her devotion to the Second Amendment. Hopefully, future Republican leaders in Iowa follow in Reynolds’ footsteps and continue rolling back gun control.