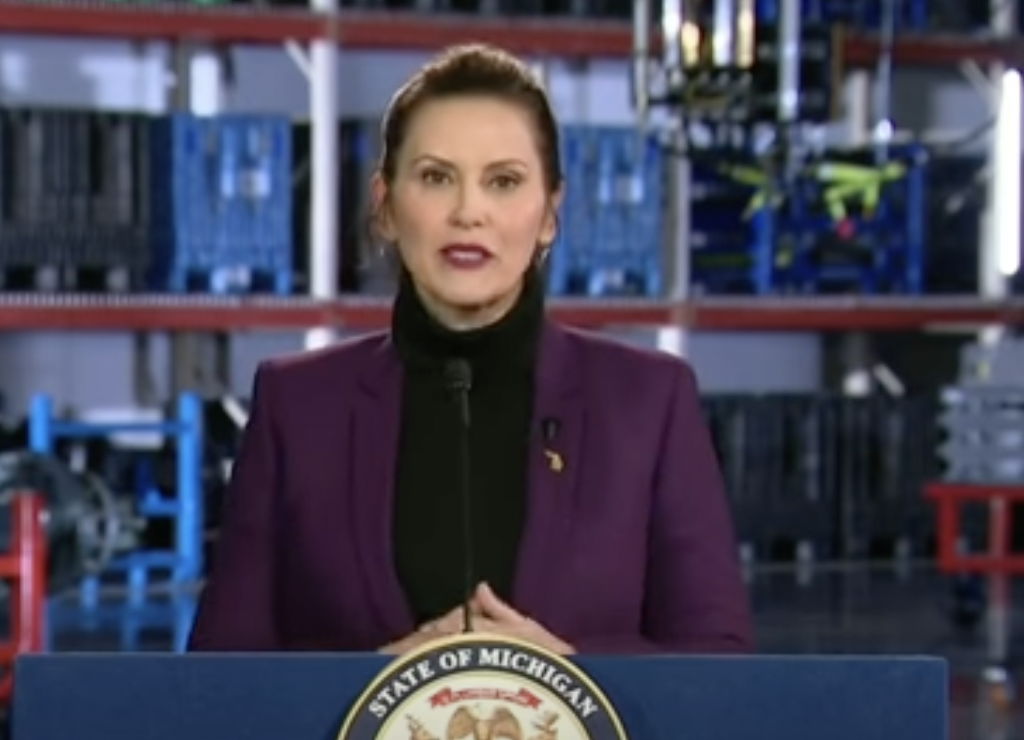 Gretchen Whitmer by N/A is licensed under YouTube N/A
Thanks to the massive polarization of American politics along partisan lines, it has become very predictable in determining how a politician will vote. This is especially true for politicians holding statewide office. Democrats generally vote for gun control whereas Republicans vote against the idea or advance pro-gun reforms if they have pro-liberty tendencies.

Take the example of Michigan Governor Gretchen Whitmer vetoing a bill that would have required country officials to continue handling concealed carry applications during states of emergencies. Such legislation was introduced in state legislatures nationwide. These bills were introduced in response to many state bureaucracies using the Wuhan virus pandemic hysteria to shut down and stop processing concealed carry applications.

In red states, bills of this nature were easy to pass. In blue states or even swing states like Michigan, it was not as easy. In the case of Whitmer, she vetoed this bill on March 18, 2022.

Whitmer previously gained national attention for her draconian lockdown policies that she implemented in response to the pandemic. So it’s no shock that she would veto a pro-freedom bill given her past history of implementing despotic policies.

Despite Whitmer’s anti-gun action, there are still opportunities for gun rights to advance in Michigan. The state is one of those that it’s in the “realignment” category where its working class base has made it more attainable for Republicans during election season.

As of now Republicans are in control of the State Senate (22-16) and State House (55-51). With the 2022 midterms fast approaching, it’s likely that Republicans will make gains this election cycle by virtue of being the party that’s not holding the presidency. One of the most durable trends in American politics is how the party out of presidential power generally makes significant gains during the first midterms.

Obviously, getting Whitmer out of office is the first step towards restoring gun rights in Michigan. The next step is to make sure that solid pro-Second Amendment politicians are elected. A politician being a Republican is no guarantee that they’ll be a principled defender of the right to bear arms. This will require vigilance and strong standard setting during the election and legislative seasons. This is not the prettiest of political work, but it has to be done.

No matter how one slices it, the restoration of our freedoms will only come about through hard work and the thorough vetting of political actors.


To stay up to date on all the threats coming from the gun grabbers in Washington and beyond, sign up for email alerts from Pro-Gun News by clicking this link.